Tips on How to Age Beer, from Dogfish Head 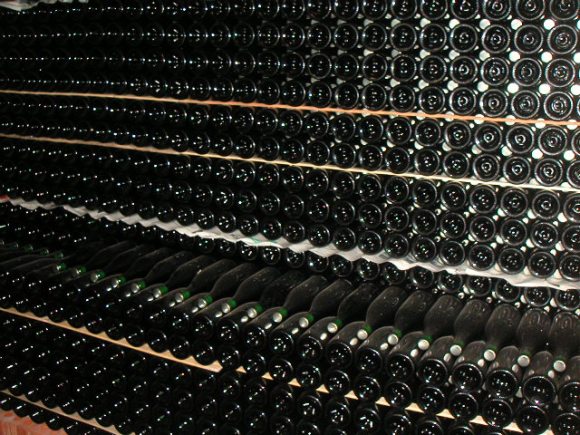 Bottles of beer aging at the Cantillon brewery in Brussels, Belgium

Last summer, Dogfish Head Craft Brewery posted an informative story with five tips on how to age beer. At the time, I glanced over it quickly, but I honestly wasn’t really thinking too much about aging brews at that point. Since then, I’ve built up my beer “cellar,” which is really just a big-ass cabinet built into the wall in my apartment, and I’ve spend quite a bit of time identifying and amassing beers that should age well.

Here’s a quick breakdown of Dogfish Head’s tips on how to age beer:

After doing a lot of experimenting of my own, the first two steps really stand out to me. I’ve learned that the best way to really see and taste the difference between aged beer and “young” beer is to collect different “vintages” of each of them, and then do side-by-side taste tests. For example, I have bottles of this year’s Dogfish Worldwide Stout and 120 Minute IPA, both of which have very high ABVs, and both of which are particularly well suited for aging. I don’t plan on drinking either of them until I can get 2013 versions of each beer, at least, and probably not until I collect 2014 bottles, too. I’ve had Worldwide Stout and 120 Minute IPA numerous times in the past, but never along with different vintages, and it’s hard to remember their complex subtleties.

I’ve also learned that as a general rule of thumb, hoppy beers and beers made with fruit tend to taste better fresh and probably don’t make the best candidates for aging. There are some exceptions, of course—120 Minute IPA is intensely hoppy and some Belgian beers made with cherries or other berries can age well over a number of years. Many people think IPAs age well, because they were originally sent by the British Army to soldiers in India and were thought to age better than normal pale ales. But that was due to the increase in ABV, and I’d bet those IPAs didn’t exactly taste fresh after their long voyages.