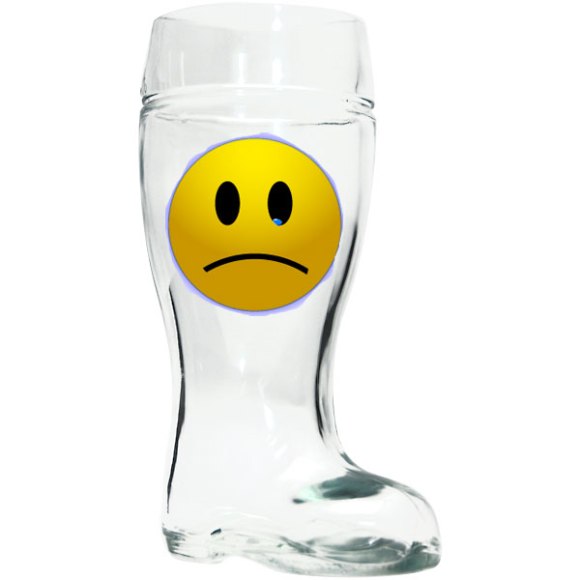 This year’s annual Oktoberfest celebration in Munich, Germany could be a lot less fun than the Oktoberfests of yore. That’s because Munich brewers say they’re running low on bottles and kegs to contain and serve all the beer fest goers will demand, which could result in a beer shortage at one of the world’s drunkenest annual parties—and a lot of sober drinkers.

Munich’s 2012 Oktoberfest is set to begin on September 22, and it will last for two weeks. But the city’s brewers are scrambling to find additional bottles and kegs, according to a report on NPR.org.

The problem isn’t a German beer shortage; there’s plenty of that to go around. It’s the supply of bottles and kegs that’s waning.  Because there’s a very limited supply of containers, brewers are starting to bottle only their most popular styles of beer, which could mean few or no dark beers will be available—lighter beers are apparently more popular there. Munich can’t just ship in more beer from neighboring counties—or from, gasp, the United States—because Oktoberfest is all about German beer. (Last year, almost 2 million gallons of beer were consumed during Oktoberfest, NPR says. That’s a lot of hangovers.)

Heiner Mueller, from Paulaner and the Hacker-Pschorr brewery, spoke to a German news site about the issue in an effort to get German drinkers to return whatever beer bottles they may have lying around. These Munich brewers apparently rinse and reuse bottles up to 50 times after customers return them. That seems rather strange to me, but what do I know, I’m just a lowly urban beer nerd.

I’ve never been to an Oktoberfest celebration in Germany. And I’m not really sure I want to attend one anytime soon. They kind of seem like big, German frat parties, and that’s just not my scene. At frat parties, the fun quickly comes to an end and everyone leaves when the beer runs out. The situation at Munich’s 2012 Oktoberfest might not be much different if the brewers don’t find a whole bunch of bottles in the coming two weeks.