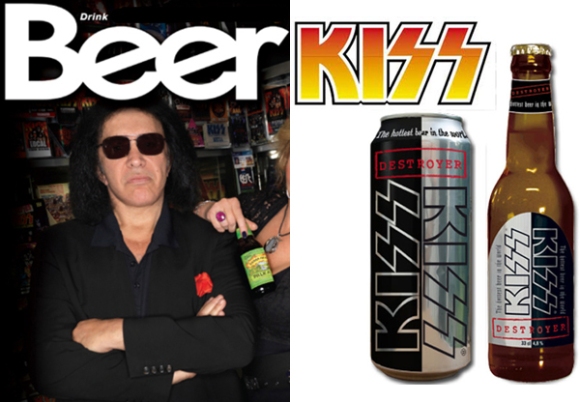 Former KISS rocker and current entreprewhore—seriously, this dude will put the KISS logo on anything and try to sell it to you, even a $3300 coffin—is reportedly planning an Ocktoberfest celebration for downtown LA next month.

Simmons, along with celebrichef Wolfgang Puck and restaurant honcho Michael Zislis, plans to start the week-long festivities on October 15, according to LATimes.com, so they will not coincide with the “real” Oktoberfest celebration in Munich, Germany, which starts on September 22 and runs for two weeks. LA’s Oktobefest will be held at the L.A. Live entertainment complex, which is right next to the Staples Center.

Simmons didn’t specify what kinds of beer will be available at the event, but he has stated in the past that he personally prefers variety to just a few specific beers when he drinks. So it stands to reason that the LA Octoberfest will offer a decent beer selection—there’s definitely no shortage of quality craft beer in southern Californica. Simmons is also a partner in a brew-house-style restaurant called Rock & Brews in El Segundo, Calif., so he’s no stranger to craft brew.

Ironically, the KISS-branded Destroyer lager reportedly won’t be available at the LA Oktoberfest, but that’s probably a good thing because it’s a terrible beer.

The LA celebration will be much smaller than Munich’s Oktoberfest, but the beer supply definitely won’t run out in LA. Unfortunately, Munich can’t say the same thing, thanks to a container shortage.