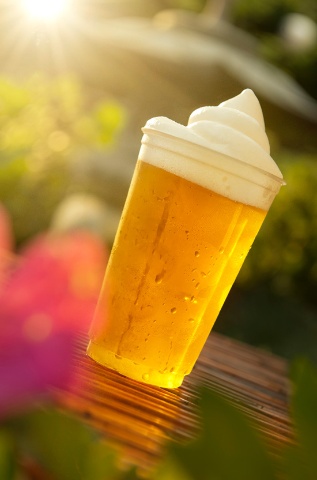 Lake Buena Vista Florida’s Epcot theme park is about to become the first location in the continental United States to serve frozen Kirin draft beer, which is apparently quite popular in the Land of the Rising Sun, according to wesh.com. Three different locations within Epcot’s Japanese pavilion will reportedly sell the frozen, boozy novelty.

Frozen Kirin doesn’t really sound like anything particularly special to me, but I bet it sounds pretty fucking good after spending a day in the hot Florida sun with a bunch of overstimulated kids who want buy every single goddamn tourist trinket they see.

The Kirin beer apparently isn’t frozen solid—how would you drink it? But it seems to have some sort of frozen, ice-cream-like topping that’s made of beer and keeps the non-frozen part cold. The beers will reportedly cost $8 each, which isn’t really too overpriced considering the fact that even lemonade and water in Florida theme parks cost an arm and a leg.