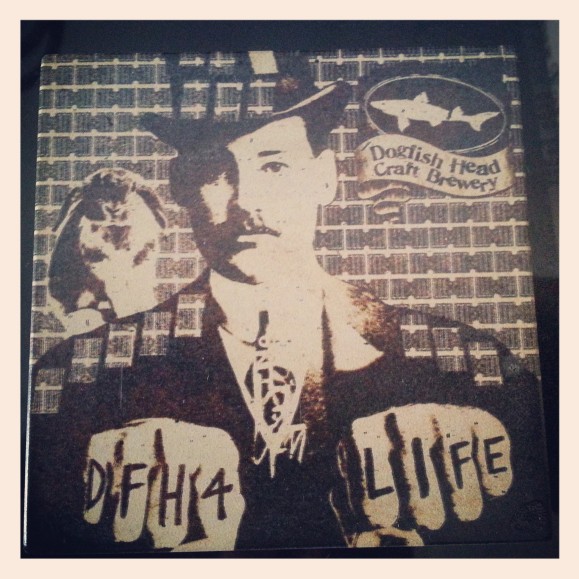 I’ve been drinking beer from Dogfish Head Craft Brewery for nearly a decade. I remember the first bottle of Dogfish 90 Minute IPA I drank at an Irish pub called the Squealing Pig in Boston’s Mission Hill neighborhood. It blew me away and sparked a love affair with hops and IPA.

I support Dogfish first and foremost because it brews great beer. But I also support the brewery because it’s a cool, socially responsible company with a sense of humor that genuinely cares about and values its customers. (Read, “5 Funky Facts I Learned About Dogfish from Founder Sam Calagione’s Book,” for more on Dogfish.)

Case in point: I purchased Dogfish’s new Spiegelau IPA glass the day it was released via Dogfish’s online store. Less than a month later, my glass cracked while I was hand washing it under very hot water. I didn’t drop the glass. I didn’t bump it. It didn’t shatter. It just cracked straight down its side, from the rim of the glass to close to the bottom of its “bowl.”

I tweeted about the incident, and Dogfish quickly responded, asking me to send details to its customer support account. I did so, received an email response within 24 hours and a new Dogfish IPA glass in just a few days.

Dogfish didn’t have to send a new glass; I honestly didn’t expect to get another one for free. Glasses break, right? Especially when people are drinking alcohol out of them.

That said, I also probably would not have purchased another Spiegelau IPA glass. I collect beer glasses. I own other Spiegelau glasses. I have other Dogfish glasses, and I have never had one break while simply washing it, without bumping it or anything. This makes me question the viability of the design of the IPA glass. Its features work just as Dogfish, its partner in design Sierra Nevada and Spiegelau intended them to. It provides an quality IPA drinking experience. But the glass is so thin along its rim that I bet I won’t be the only person to see their IPA glass break for no good reason.

Guess who just got a visit from Shippy Shipperton.

Last week I posted about Dogfish Head Craft Brewery’s fancy-schmancy new IPA glass from German glass-maker Spiegelau, and I promptly ordered one of the glasses. Today, my Spiegelau IPA glass arrived, and I’m currently using it to consume a frosty Dogfish 75 Minute IPA.

Along with Sierra Nevada Brewing Co.’s Ken and Brian Grossman, Dogfish founder Sam Calagione and his wife Mariah designed their IPA glass to have the following attributes:

Anybody who is familiar with Spiegelau glassware knows it is of exceptional quality, but it’s also extremely thin and delicate. The Dogfish IPA glass is no different, and I bet lots of clumsy and/or inebriated Dogfish drinkers will be breaking these badboys in the not-so-distant future. But if you’re careful with the glass, wash it promptly after use and store it somewhere safe, this fine piece of funky German glassware should serve you well in your adventures with hoppy brews. 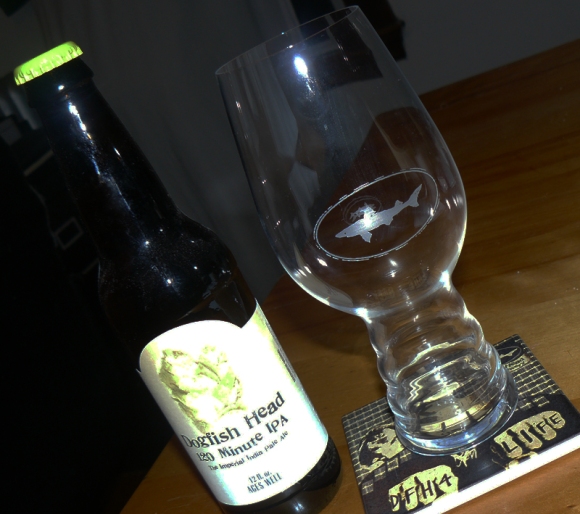 The Dogfish Head Spiegelau IPA glass is kind of fucking weird looking. But so am I, so I’m okay with that. And I must admit this IPA tastes—and smells—pretty darn good right now. Pretty, pretty, pretty good.

A couple of weeks ago, I told you about Dogfish Head Craft Brewery’s A Hop Eclipse Now promotion, as part of which it will release two new IPAs and a fancy new beer glass. Today the brewer took the wraps off the glass, which is made by German-glass manufacturer Spiegelau, and it’s calling the glass “a new standard for IPA glassware.”

Dogfish apparently worked along with Sierra Nevada Brewing Co. on the glass design.

“I’ve been a longtime believer in the importance of using quality glassware to enhance the enjoyment of quality craft beer,” says Dogfish Head Founder and President Sam Calagione. “The process of collaborating on the design of this hop-centric glass takes this concept to the next level.” 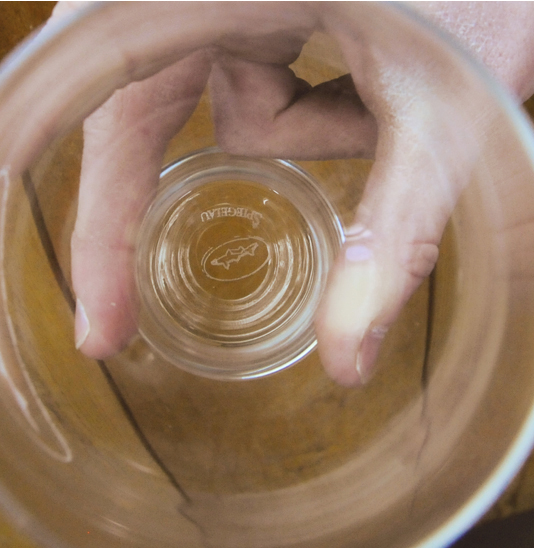 “Calagione, his wife, Mariah, and Sierra Nevada’s father-son team of Ken and Brian Grossman worked hand-in-hand with Spiegelau to bring this glass to life. Through a series of design and tasting sessions, the team created a glass with:

The glasses are available now online for $9 each at Dogfish.com and at the brewer’s Delaware brewpub. I’m a huge fan of all three parties involved. I own a set of Spiegelau Beer Connoisseur glasses, and I love them.  And I already ordered a pair of these new glasses.  To be honest, they’re kind of awkward and ugly looking. But I’m a beer-glass nerd on top of being a regular beer nerd, and I these new glasses will be a nice addition to my glassware collection. Can’t wait to fill ’em up with some Rhizing Bines IPA.