How to Make Your Own Custom Beer Nerd Christmas Ornament 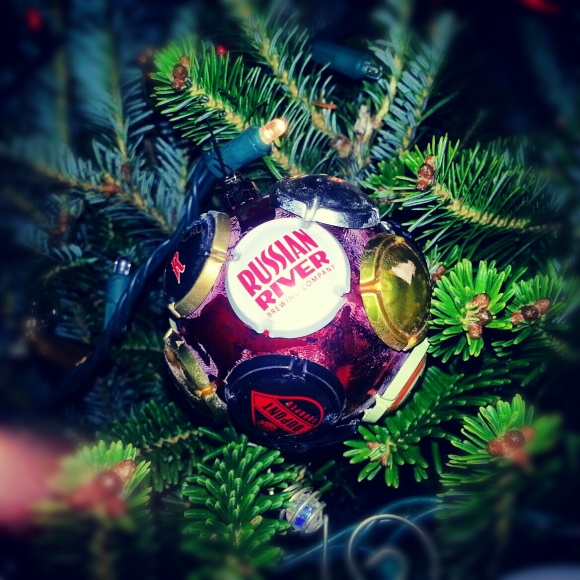 Yesterday my girlfriend and I bought our 2012 Christmas tree. After setting it up and arguing about whether or not it was straight enough in its shitty-plastic stand, we dug up our box of ornaments and started decorating. I cracked a bottle of Stone Brewing Co.’s Enjoy By 12.21.12 IPA and quickly realized that I don’t have any craft-beer-related Christmas tree ornaments. Shameful, I know.

Step one: Collect bottle caps. I didn’t use standard bottles caps, but instead chose to use the smaller caps that come on top of corked bottles of beer. I also used caps from different breweries, but you could use only caps from your favorite brewery.

Step three: Get yourself a round Christmas tree ornament.

Step four: Crack a beer. (You might get thirsty while building your custom ornament. I know I did.)

Step five: Carefully apply Krazy Glue to the bottom edges of your bottle caps, and then stick them one at a time to your ornament. Be patient and let each one dry before trying to add more caps. (Note: The Urban Beer Nerd assumes no responsibility for fingers stuck to other digits, bottle caps, your beer or anything else. If you can’t use Krazy Glue without getting it everywhere, you have no business making this ornament. Moron.)

Step six: Let glue dry, hang the ornament on your Christmas tree, raise your glass for a toast and then bask in your new creation’s glory.