No Russian River Framboise for a Cure (FfaC) 2016 bottles for you!

Ah, October. Märzens and foliage and cooler temperatures and pumpkins and Halloween decorations and, yesssss, Russian River Framboise for a Cure (FfaC) …. usually.

Wait, what?!? Russian River Brewing Co. isn’t bottling their raspberry sour ale this year? Why the hell not?

So, is this travesty true? Yep.

And why the hell not?

“October is coming and we are gearing up for our annual breast cancer fundraiser for the Sutter Pacific Medical Foundation right here in Santa Rosa! “Framboise For A Cure 2016″ will be released a few days BEFORE October 1st due to our participation that day in Cantillon’s annual Zwanze Day celebration! Due to our very busy schedules right now, we were unable to get this year’s batch of Framboise bottled in time for October. But that also means we will have it on draft at the pub longer! And, since 100% of the proceeds of Framboise is for charity, we will sell a limited number of growlers to those who want to share with friends and loved ones who also support this very important cause.” 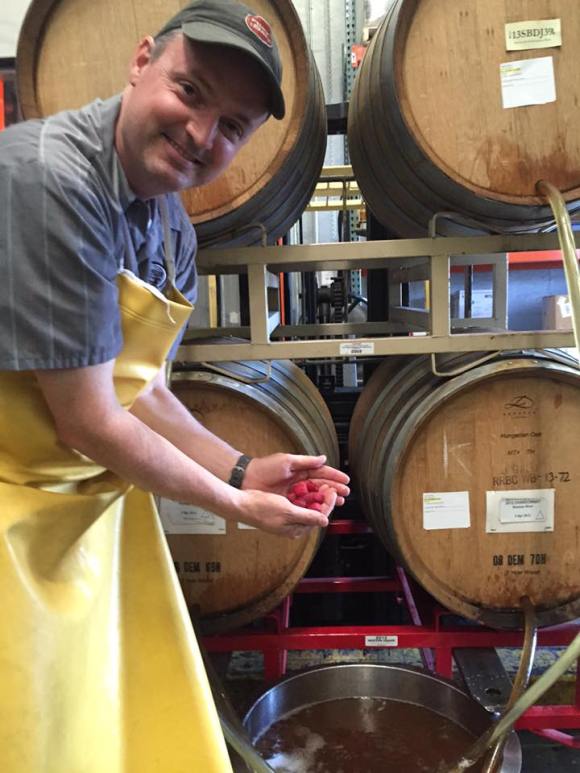 The post seems to suggest that when Russian River frees up some time, it might eventually bottle some FfaC 2016. But nope. That ain’t happening either, according to an inside source who works at the Santa Rosa brew pub. Looks like it’ll be growlers only for FfaC this year, and that’s going to make it a real challenge for anyone who doesn’t live in Northern California (me) or who can’t make the trip there (me) to try any of this year’s fruity nectar.

Color me disappointed. I’ve had every vintage of FfaC since 2012 — the beer was first brewed in 2010 — and it’s always a treat. Let’s hope next year’s FfaC once again makes it into bottles.

One thought on “No Russian River Framboise for a Cure (FfaC) 2016 bottles for you!”