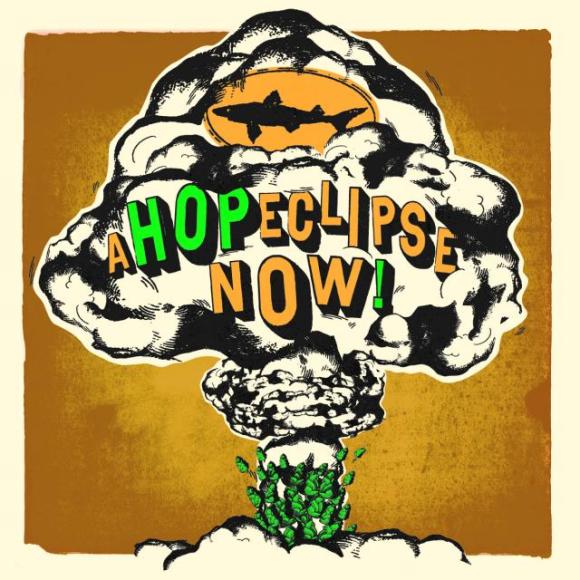 Dogfish Head Craft Brewery today announced a new promotion it is calling “A Hop Eclipse Now”—a play on the title of the classic film “Apocalypse Now”—and it will be unveiling two new IPAs, a new beer glass and a “new” Randall the Enamel Animal fresh-hopping device during the next few months.

The idea behind A Hop Eclipse Now is to celebrate the current popularity of IPAs and other hoppy beers in America right now, as well as spotlight Dogfish’s rich history of brewing hoppy ales.

The brewery hasn’t specified which new IPAs will be unveiled, though he did say one of them will be fruit infused, not unlike its Hellhound on My Ale IPA. That beer is expected to be released on March 1, and it could be called A Hop Eclipse Now. And a few months ago Dogfish announced that it is working on another collaboration brew with Sierra Nevada Brewing Co., an imperial IPA called Rhizing Bines, so that could be one of the new hoppy brews. Dogfish also didn’t unveil its new glass design yet, but the brewery’s founder Sam Calagione says the glass will be shown off in early February. And the following image, taken from the end of the A Hop Eclipse Now video clip below, gives us an idea of what the new Dogfish glass could look like. 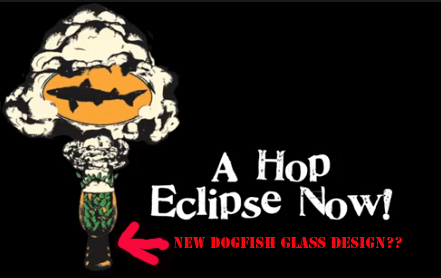 Finally, as part of the A Hop Eclipse Now celebration, Dogfish will host a number of related beer dinners across the United States starting on February 7 in Philadelphia and ending March 17 in Cambridge, Maryland. (I’m kind of pissed off that none of them are close to Boston, but I guess that’s my problem. Meh.)

Find more information on Dogfish’s A Hop Eclipse Now and the related new products and beer dinner’s on the brewer’s website or watch the above video.