An Inside Look at the Cantillon Brewery in Brussels (Photos) 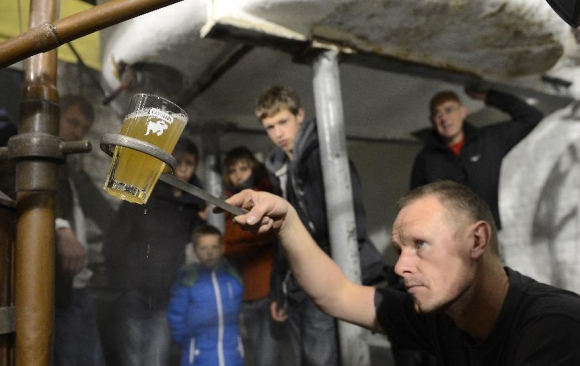 I’ve been obsessed with Cantillon lately, ever since one of my Beer Guys hooked me up with a couple of bottles of Cantillion gueuze and a bottle of framboise, and after I had two Cantillon bottles at Novare Res Bier Café in Portland, Maine last week. So I was psyched to see that Xinhuanet.com posted an image slide show from a recent tour of the brewery. I’ve read about Cantillon chief brewer Jean Van Roy a number of times, but this is the first image I’ve ever seen of the man.

Check out the full slide show for an inside look at Cantillon brewery in Brussels, Belgium.