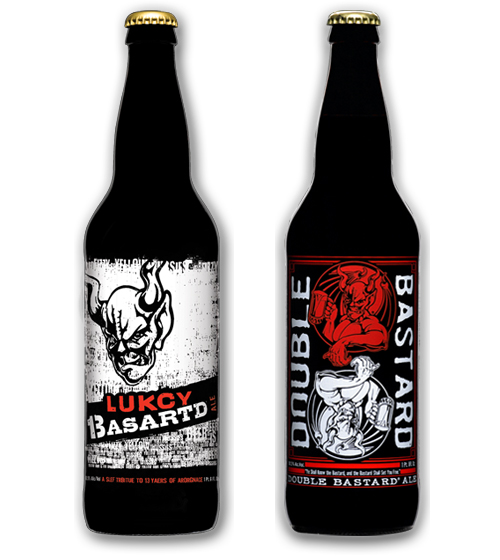 On Monday, while the American east coast was being slammed by Hurricane Sandy, Southern California’s Stone Brewing Co. released the 2012 versions of its Lukcy Bastard and Double Bastard ales.

Lukcy Basartd is one of my favorite Stone beers, and it’s a unique blend of three other Stone creations. From Stone:

Lukcy Basartd has an ABV of 8.5%, and it is available in 22-ounce bomber bottles and on draft.

Double Bastard is extremely hoppy American strong ale with a 10.5% ABV. It’s available in bomber bottles, on draft and in big-ass three-liter bottles that can be refilled at Stone’s brewery. (Stone also makes a Double Bastard habanero hot sauce that’s no joke.)

More details on all of Stone’s Bastard ales are available on ArrogantBastard.com.