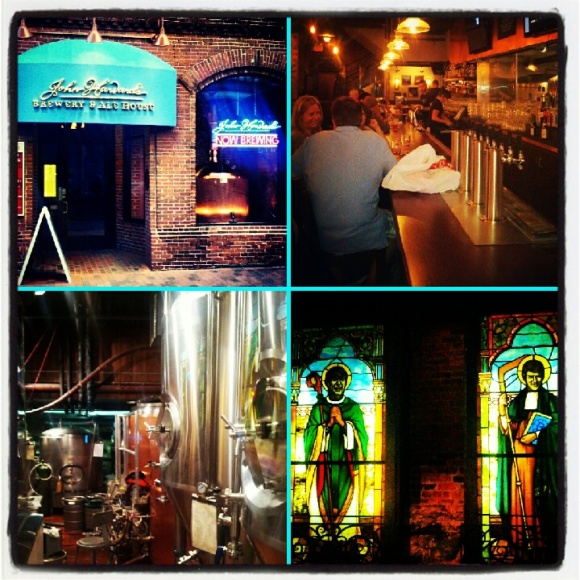 John Harvard’s in Cambridge, Massachusetts’s iconic Harvard Square has been a Boston-beer-geek and Harvard-University hangout since it first opened 20 years ago in 1992.  (I’ve been a loyal customer for about five years.) The subterranean brewery has been serving up quality beer and pub grub for as long as it has been around. But until a week ago, the brewery and restaurant really showed its age.

On Saturday, September 8, the new-look, renovated John Harvard’s “Brewery & Ale House” opened its doors to the public after a few months of renovations.

The layout of the brew house is mostly the same, but the worn down and scratched up bar top has been renewed; it doesn’t feel as secluded and dank; the bartenders are showing a bit more enthusiasm; and there are a lot more lights—too many, if you ask me, and the quality of light seems very “artificial.” But it’s still a definite improvement. The renovations were much needed, and the brew house feels much more modern. For these reasons and more, John Harvard’s Brewery & Ale House makes my list of best Boston beer bars.