Why I Hate Pumpkin Beers (And You Should Too) 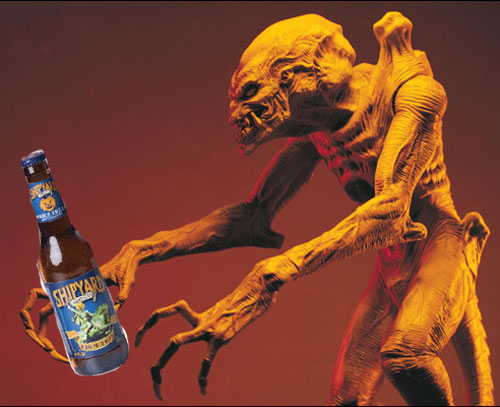 Okay, the headline on this post is a bit of an exaggeration; I don’t really HATE pumpkin beers. They’re okay. Sometimes. When you’re in a certain mood and you haven’t had one for a while. And you’re just glad it’s fall because the summer is too damn hot.

I hate what pumpkin beers represent. Pumpkin beers are the Christmas decorations on store shelves in October of the craft beer world. They’re the Halloween candy in supermarkets in August. Pumpkin beers represent the gimme-it-now, I-can’t-fucking-wait mentality that’s discoloring all corners of American life today. (Where do you even get pumpkins in July? That shit’s not natural. Are all the pre-fall pumpkins for these brews hydroponically mass-produced in some remote warehouse all summer? Flown in from some distant, more temperate locale?)

If you really like the taste of pumpkin beers you’re probably glad they arrived earlier than usual this year—I first started seeing them in Boston in early August. And that’s fine, everyone should drink whatever it is they like to drink, whether it’s canned Bud Light with Lime, Cantillon Grand Cru Bruocsella or Shipyard Pumpkinhead.

But something is lost when you can have pumpkin beers four months a year instead of just two. Brewers first started creating seasonal beers to be enjoyed in certain atmospheres, in certain temperatures and with certain seasonal foods.

I understand why brewers want to release popular fall beers earlier and earlier each year; people will buy them, and it’s another way get drinkers to choice that brewer’s beers over competitors’ offerings. So I don’t necessarily blame the brewers. But the next time you sip a pumpkin brew in late July or an Oktoberfest in August, you’d do well to stop and consider how—and why—that brew might taste better a few months down the road.